Being a fraud or asset protection manager for a fleet of vehicles is a tricky job.

With motor fraud and theft on the rise, looking after and keeping track of a busy and in-demand fleet is a bigger task than ever before, not to mention the difficulty involved in recovering stolen vehicles and the cost of replacing them if not recovered.

However, using a combination of innovative technology and human expertise, you can stay one step ahead to fully protect your assets from loss, damage or theft. 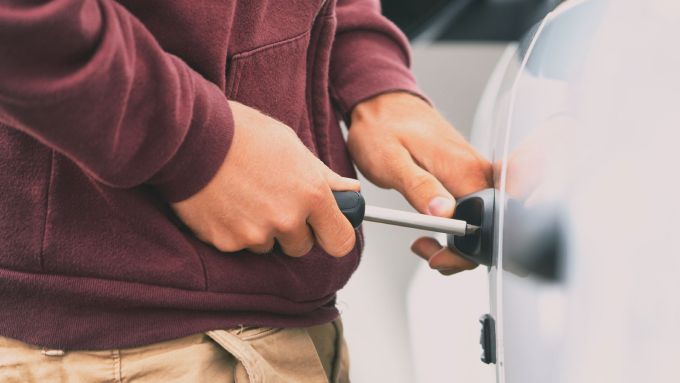 Motor thieves are stealing some of Britain’s most in-demand cars and selling them on the black market for as little as £1,000, according to AX’s latest investigation. 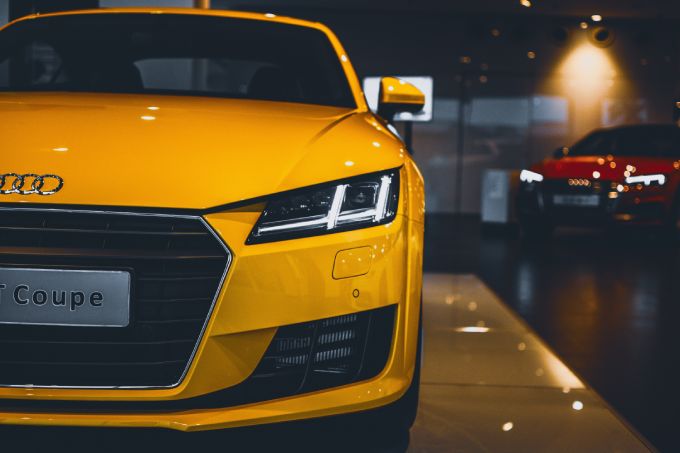 Unfortunately, vehicle theft occurs often. In fact, according to the RAC, the UK has seen a 30% increase in stolen vehicles in recent years.

This is frustrating for fleet operators and asset protection managers alike; not only does the risk of theft have financial implications in terms of insurance, loss of use and vehicle replacement costs, it also affects companies’ abilities to maximise fleet utilisation and deliver the best possible experience to their customers. Replacing stolen vehicles is costly, not to mention the headache involved with stolen vehicle recovery without any devices.

Even with conventional security measures in place, recovering a stolen vehicle isn’t easy. Thieves are becoming more savvy when it comes to vehicle theft. They know where to find the manufacturer’s own tracking devices and disable them, rendering them useless. In order to truly protect your fleet, intuitive, covert technology that is difficult for thieves to detect is essential.

When it comes to managing a fleet, having vehicles off the road can seriously impact your bottom line.

Motor insurance fraud is a growing problem in the UK; according to fraud prevention membership organisation Cifas, fraudulent motor insurance claims have seen a 45% increase over the last year.

Staged accident or injury claims involving your courtesy or hire cars can cost you a lot of money. Repairs to damaged vehicles can be expensive, and risk of fraud can dramatically increase your insurance premiums.

With that in mind, it’s never been more important to protect your vehicles from damage as a result of insurance fraud.

How technology can help

Luckily, there is technology available to help protect your fleet against motor fraud and theft, as well as making stolen vehicle recovery a quick and easy task.

Covert tracking (not to be confused with OEM telematics devices, which can easily be identified and removed by criminals) is an invaluable investment for fleet and asset protection managers. Using a range of techniques, covert tracking devices avoid detection from criminals, making them difficult to trace. They are even intelligent enough to know if they are being tampered with.

But knowing there is a problem won’t help if you haven’t got the expertise and knowledge to recover your vehicle.  Unfortunately, the police are often too thinly stretched to be able to react quickly to a simple theft. With intelligent covert technology, you not only have the peace of mind that your vehicle can be traced if stolen, but more importantly a team of specialists will look to recover it immediately.

When combined with connected telematics, dashcam devices and intelligent software, the data provided monitors and sends alerts for erratic driver behaviour, unusual/high risk locations such as ports and race tracks, and also any accidents. It delivers detailed reports for all aspects of the vehicle position and its driver’s behaviour. That way, you’ll be able to present evidence against drivers claiming that the accident happened differently to the description in the report.

Car theft protection incorporates the ability to recover vehicles (at an additional cost) that have either been stolen or not returned once a loan period has ended. This means you get peace of mind that you’ll always have a full fleet and reduces costs, as you won’t need to pay for replacements.

Get our free guide to the top 5 things to consider when choosing a telematics supplier.

AX Protect is an innovative solution designed to help fleet operators keep track of their vehicles and ensure they are constantly protected against theft, fraud, loss and damage.

Often used as an add-on to AX Connect to bring together telematics, dashcam devices, intelligent software and the human expertise of ex-police investigators, AX Protect is a value-add service that brings you total peace of mind.

In the event of theft, we do everything to track, locate and recover your vehicles; AX has a proven track record for vehicle recovery, from large-scale international car thefts to individuals getting their vehicles back in less than 60 minutes. Don’t just take our word for it. This case study demonstrates how AX Protect helps to recover stolen vehicles quickly:

In September 2017, a bodyshop was targeted by thieves. Four cars, including a Porsche 911 which had been protected with AX’s unique technology, were stolen with their keys. This cost the bodyshop around £200,000.

Within 48 hours, AX managed to locate and recover the stolen Porsche, even though it had been hidden using cloned number plates. The other three cars, however, are still recorded as stolen.

Police crime figures obtained by The RAC reveal a 30% increase in stolen vehicles in the last 3 years. Alongside improved security measures, which include coded keys, immobilisers and alarms, how can this possibly happen?

AX Protect: Getting stolen vehicles back on home soil

This case study demonstrates how AX helped to uncover a large-scale car crime syndicate in Uganda.

In April 2015, a high value Lexus protected and tracked by AX was flagged using unique, fourth-generation technology before leaving the UK on May 1st. The driver who had loaned the car was not authorised to take it abroad. This started an investigation.

An investigation took place, revealing that the accident the driver had reported being in prior to loaning the car had been fraudulent.

The National Crime Agency (NCA) had been tasked by The UK Government to identify and dismantle international car theft syndicates operating in The UK and exporting stolen vehicles to Africa.

The NCA identified an opportunity to use the stolen Lexus to carry out the operation, with the help of AX’s bespoke technology, which could monitor the vehicle despite it being held in a steel container; other devices would not be able to achieve this.

The Lexus was traced from the Middle East to the port of Mombasa and then by road across Kenya. Throughout the operation, AX provided essential intelligence to the NCA and the National Vehicle Crime Intelligence Services (NAVCIS) on a 24-hour basis.

In June 2015, the Lexus was finally traced to Kampala in Uganda. A sting operation was carried out to arrest the leaders of the syndicate and seize the vehicle.

As well as recovering the Lexus, the operation unearthed a large car theft hub, which lead to the discovery of a haul of stolen vehicles worth more than £1 million collectively.

All of these cars had been stolen from The UK and had ‘conventional’ tracking equipment removed by the thieves.

Case study: Getting stolen vehicles back on home soil

As a bespoke anti-fraud unit comprised of ex-police and fraud squad officers, AX is at the heart of the battle against organised car theft from the UK, where there was an estimated £100 million worth of vehicles stolen in the first quarter of 2015 alone.

Here’s an example of how we can work alongside insurance companies to investigate claims:

A client had been provided with a Mercedes M Class car following a non-fault collision. However, whilst in hire, AX received a notification that the client had been in another accident with a van whilst driving the Mercedes.

The client was unharmed, but claimed that his four passengers and three others in the van had suffered whiplash.

However, the damage to the Mercedes was inconsistent with the incident reported; the vehicle looked as though it had collided with a much bigger vehicle. In-car telematics showed a different set of events, and no impact was recorded at the specified location.

Working with its sister company, APU and a leading insurance provider, AX was able to prove that the incident had not happened the way it was reported, and that there was potential to pursue fundamental dishonesty case against the claimant.

"I have crashed your hire car into a van - seven people have whiplash and want to claim on your insurance..."​

With AX Protect, you’ll get useful insights on traffic incidents and driver behaviour, all through investigative and analytical services as well as state-of-the-art covert protection.
Book a demo today and protect your assets from damage, loss or theft.

‘Flash for crash’ is a type of insurance scam, whereby criminals flash their lights to let another driver out at a junction, then crashing into them on purpose.

The ‘crash for ready cash’ tactic involves criminals deliberately causing car accidents, then intimidating the other driver into handing over money in return for not contacting their insurance company.

This tactic involves fraudsters hiding in a driver’s blind-spot before quickly moving in front of them and ‘slamming on’ the brakes to cause a collision.

When fraud is identified, AX Protect have the expertise to investigate and bring the people responsible to justice.

Here’s an example of how we used both of these to unearth a ‘crash for cash’ scam.

More from our blog