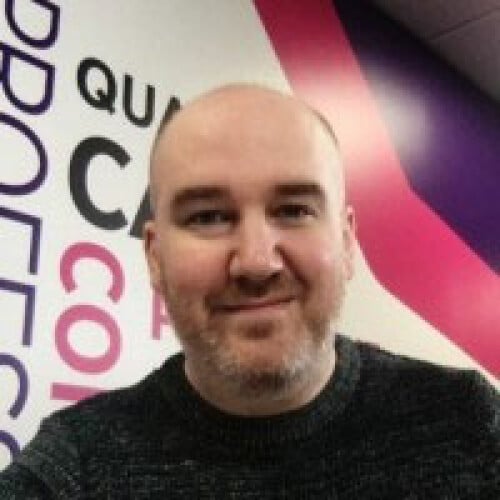 Determining who is at fault after a car accident isn’t just about pointing the finger. If you’re found to be responsible, it can have a serious financial impact, which is why it’s important to establish the facts and provide evidence to support a non-fault claim.

In this article, we’ll offer advice on how to tell if an accident wasn’t your fault, and explain why knowing which driver is to blame is so important in terms of getting back on the road. How to determine blame after an accident

Understanding who is at fault after a car accident depends on a few different factors. The nature of the collision will help to determine which driver is responsible, but of course there are always exceptions. Here are some of the most common car accident scenarios, and how to tell who is at fault in each one:

When a driver goes into the back of another car

Generally, in a rear-end collision, the driver who drove into the back of the other car is held liable for the accident. This is because, according to the highway code, you should always maintain the correct stopping distance based on your speed, see infographic for guidance.

If the car in front reverses into you without warning, you may be able to claim that they were to blame - but be prepared to offer evidence, such as dashcam footage or witness accounts to back up your claim.

When determining who is at fault for a collision that occurred in a car park, it’s important to consider who had the right of way, and which of the vehicles were moving. Here are some examples to help you establish how to determine fault in a car park collision:

If a driver backs out of a space and collides with an oncoming vehicle, both drivers could be deemed responsible, as both vehicles were moving. However, the driver backing out is more likely to be held liable for the accident, because vehicles driving in the main lanes of a car park generally have the right of way.

If two vehicles are trying to park in the same space and crash into one another, both drivers could be seen as liable because they were both moving. That said, whichever vehicle has the right of way is less likely to be held responsible.

If two drivers pull out of their respective spaces and back into one another, both drivers could be seen as at fault, because both vehicles were moving and neither driver had the right of way.

It can be difficult to work out the extent to which each driver contributed to a three-car collision.

Generally, the vehicle in front will get less blame, but the driver could be found partially liable if it’s proved that they were driving recklessly, i.e. if they slammed their brakes on, causing the other drivers to collide into the back of their vehicle.

The middle driver could also be found partially responsible for damage to the vehicle in front if there wasn’t sufficient space between the two vehicles. If they’re found negligent, they could be liable to take the full blame for the pileup, for example if their brake lights were broken.

In most cases, the vehicle at the back end or the pileup will be seen as largely responsible for the collision. However, in some cases the driver will be able to pursue claims against the other drivers if negligence is suspected.

Think you may have a non-fault claim and want to get back on the road in a replacement vehicle?

How an at-fault claim could affect your finances

There are three ways in which an at-fault claim could potentially affect you financially:

Your annual premiums might increase if you’re found to be liable for a car accident. This is because at-fault claims can make you seem like a higher risk to insurers.

Policy excess is the part of the claim that you pay for yourself. If you’re processing a non-fault claim, you can claim back this cost from the other driver’s insurance company, but you won’t be able to do this if you caused the accident.

If you can’t claim back the cost, being at fault means you’ll lose some, or even all, of your no claims discount. This is unless you paid an optional fee to protect it when you took the policy out. Again, this can increase the rate of your insurance premiums.

Getting back on the road after an accident

Being off the road when you’ve had an accident is frustrating and inconvenient, but if you’re found liable for the collision that left you without a vehicle, it could be a while before you’re back on the road.

If an accident isn’t your fault, you may be able to get a replacement vehicle at no additional cost through an accident management company. However, if you’re responsible for the accident, you will need to find alternative ways of getting back on the road; this could be costly.

What our customers say