Almost two thirds (63%) of UK drivers would like unaccompanied test drives to become standard practice, according to our latest research.

This was especially true among younger drivers, with three quarters of 18-24 year olds stating that an unaccompanied test drive would be their preference.

We surveyed 2,000 motorists and found that 91% feel that test drives are an important part of the car buying experience.

When asked why unaccompanied test drives were preferable to test drives with a salesperson present, our respondents provided a number of reasons:

The top reason, given by 71% of those surveyed, was that unaccompanied test drives make it easier for the driver to focus on the car itself, without distractions from the salesperson.

Six in 10 drivers admitted that an unaccompanied test drive would make the experience less awkward, while just over half of those surveyed (52%) said that they felt they could test the car’s performance more thoroughly without a salesperson in the car.

49% of respondents said that they would feel under less pressure to make a mistake whilst driving during an unaccompanied test drive.

One in five drivers also said they would prefer an extended test drive, lasting three hours or more. Longer test drives allow customers to get an opinion from their friends and family before they make a purchasing decision.

How can I offer unaccompanied test drives without risking damage to my vehicles?

While some drivers will prefer having a salesperson join them on a test drive to teach them about the vehicle, our research shows that the majority favour unaccompanied test drives.

Driving an unfamiliar vehicle requires even more concentration than usual, particularly when you are trying to determine whether or not the car is a good fit for you. Many potential buyers see the salesperson as a distraction, which can be problematic when they are trying to make such an important decision.

However, it is understandable that many dealerships may be concerned about the prospect of customers damaging their vehicles without the presence of a salesperson.

These concerns can be alleviated with the use of telematics devices, which will discourage customers from mistreating fleet vehicles and provide dealerships with information on the car’s whereabouts in the event of a liability dispute. Our research found that 70% of drivers would be happy to test drive a vehicle that was fitted with a telematics device, particularly if it meant they could do so without a salesperson.

To discover more about how we can support you with unaccompanied test drives, request a call back by filling out the form below. 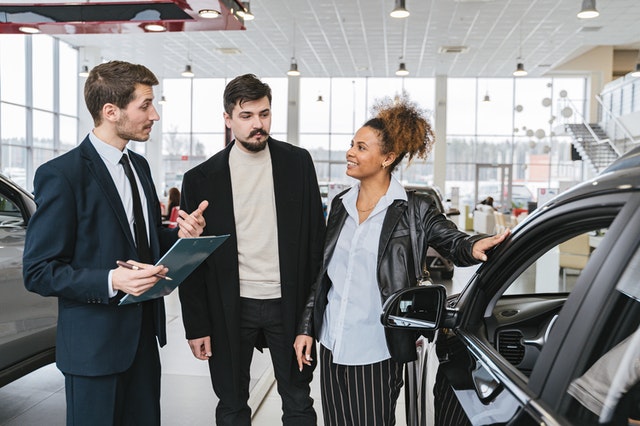