Top tips to safeguard against rise in car-jacking incidents

Car-jacking has been attracting attention as the latest form of car crime seemingly on the rise, with overall thefts up 10% according to the latest Home Office figures.

A slew of media reports together with numerous anecdotes coming through AX operatives point to a significant rise across the UK and new tricks being used to target motorists. 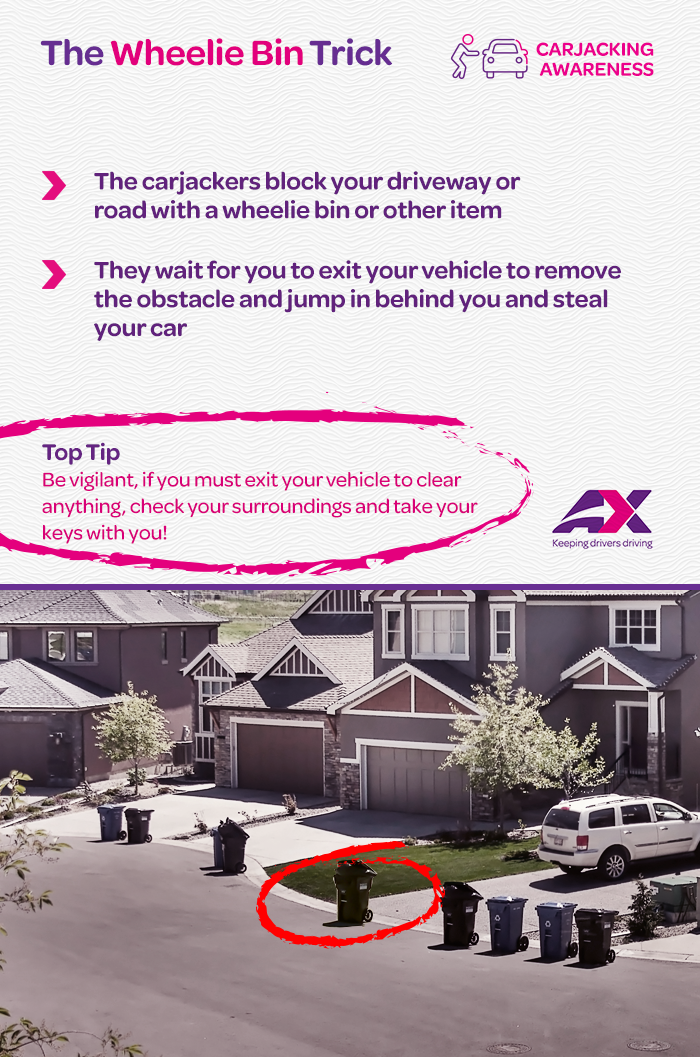 The rise in incidents of this sort has also been noted in local media including the Coventry Telegraph and Birmingham Mail, areas which have both been impacted by the crime.

Neil Thomas, Director of Investigative Services at AX and a former Detective Inspector for West Midlands Police, said: “In my experience, these types of criminals are far less imaginative and sometimes the tactics go no further than simply dragging people out of nice cars.”

However, there are some basic tips offered by Mr Thomas that motorists can use to safeguard themselves against car-jacking criminals.

Remain vigilant and trust your instinct
It may sound obvious but try to remain vigilant when driving, parking or returning to your car- most people say they had a feeling that something just ‘seemed wrong’ before they were attacked. Don’t ignore your senses, as they are often right

Walk around your car before starting up
As you approach your car in the car park, try to have a quick check around it - thieves sometimes push door mirrors in the hope you will start the car and then get out to move them back into place, leaving the engine running

Manually lock doors before pulling away
Most modern car doors lock automatically when you drive off but, while you are getting ready to pull away, the doors will be open - manually lock them

If concerned call for help and sound the horn
If you are driving and become concerned you are about to be attacked, try to call for help on your mobile and attract attention by sounding your horn; most thieves don’t want to be filmed by witnesses because it increases the chances of them being caught